We just love helping others and contributing to making a difference in our client’s lives.  Here is a selection of the feedback we get on a regular basis…

After coming down with the flu last year, having escaped it for many years prior, I was reminded just how dreadful and debilitating the flu can be and promised myself I was not going to have a repeat this year. I do not like to vaccinate for flu so that was not an option for me.

When my body began to ache 4 days before heading off to the sunshine to escape winter I was gutted. I knew it was the flu straight away. My back, legs & hips were aching to the bone. I had a headache and sore eyes. Sore skin. I couldn’t get out of bed and couldn’t stay warm regardless of being overdressed (p.j’s, socks, jumper and warm dressing gown) in bed with my electric blanket on full. A lot of people around me were in various stages of the same thing and I knew what was coming – at least a week of being really sick, with the symptoms changing to full head cold, sore throat, all night cough etc. Followed by a 3 week cough.

Even my very skeptical husband is blown awayMegan

Living on the Coromandel peninsula makes it hard to get to a good doctor or homeopath and I felt so miserable I wouldn’t have managed it anyway. Thankfully I knew I could call Healing Haven. Leeanne squeezed me in that day for a phone consult. I was able to talk through my symptoms with Leeanne from my warm bed. Leeanne was choosing from 2 remedies that could potentially help. Her advise was to try the first option (Gelsemium) and see if I noticed any change within 15 minutes. Depending on how that went she would either eliminate it and go for the 2nd option or stick with it. She called me back after 15mins and as expected I hadn’t noticed anything at all. Next step Pulsatilla 200c. I have a kit at home with a bunch of common remedies.

Within minutes of taking the pulsatilla I noticed some very subtle changes. My headache had lifted ever so slightly, I felt a little more ‘clear’. I was hopeful of it making more of a difference throughout the afternoon but wasn’t sure if it would be enough to kick this monster.

I stuck with the remedy throughout the evening and the night, taking it whenever I felt the need. By morning my aches had ceased substantially and I was amazed how much more energy I had. I was still slightly achy with a bit of a head ache and my nose began to run but I knew I should have been feeling so much worse. That afternoon I developed more of a head cold and a cough but I continued to take the remedy and it was working a treat. I felt like my symptoms were on fast forward – racing through me super fast and with far less intensity than expected. My aches were gone by the afternoon. On the third day I woke with a running nose a very bad cough and lots of sneezing (I am prone to this cough after any cold or flu and it usually lasts at least a week – 3 weeks. It keeps my up all night)
I coughed all morning. Talking was hard as it made it worse. I would be gasping for air which was worrying my children. I took the remedy quite often for this.
By 3pm the cough was gone – just like that (I still can’t believe it). I had no other symptoms and I felt really good. I actually forgot I was suposed to be sick. I was gob smacked.
The following day I set off to the sunshine. No ear trouble on the flight. Over the following week I coughed a little. I could hear from my coughing that I was clearing some of the residue from my flu out of my chest. But I felt a million bucks.

I have used homeopathy on & off for 12 years. I had stopped using it as much as I used to for a while, I am not sure why. Finding healing Haven has really reignited my belief in the power of homeopathy. I have have only used them twice. The first time for glandular fever and this time for flu. I have had good results from homeopathy in the past but these latest results have been exceptional. Both times the remedies have been bang on and have been my saving grace. It has been such a cementing process for my skeptical mind and even my very skeptical husband is blown away.

Thank you so much.

My Grandchildren will not take over the counter medication and respond to homeopathics quickly with very positive results.

I have known Lee-Anne for 3 years now and 2 years ago I was in deep depression unaware that my thyroid was under functioning. Lee-Anne almost immediately recognised this as I told her my symptoms. She provided me with thyriodinum. Within a very short time I could feel my energy lifting and the depression easing. I am very grateful for homeopathic remedies.

I Thought He Was Just A Really Full On Toddler!

After trying, testing (and failing) all different kinds of foods to get to the source of what I thought was ezcema on my 2 year olds face, I finally went to see Lee-Anne at The Healing Haven (she came highly recommended). She gave my little boy several different remedies over a few weeks, the response from him was extraordinary!! He was really out of sorts in many ways before we saw Lee-Anne, with tummy, skin and behaviour issues (which I thought he was just a really full on toddler). Now he is a sweet, caring (and cheeky) little boy, with a delightful and fun temperament with beautiful bright clear skin and sparkling eyes. I can’t thank Lee-Anne enough for what she has done for our little boy! 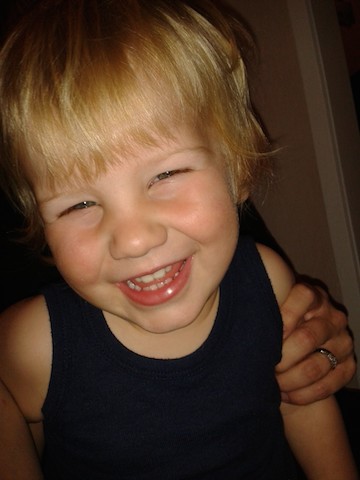 As A Mother To Be…

I attended the Healing Havens Pregnancy ‘Vibrant Mama’ Group the main agenda being nutrition. I highly recommend these sessions. It was educational, informative and empowering. I left feeling inspired and enriched with advice to provide both my baby and me with the right foods supplements, herbs and teas to continue our pregnancy journey. Was also great to way to meet other mums to be and swap and share stories and ideas. Will definitely be at the follow up sessions.