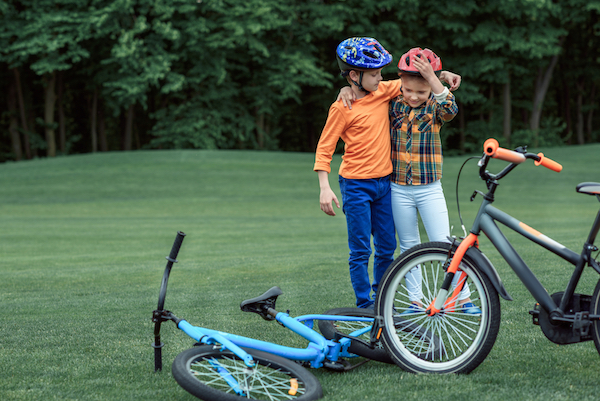 Brain Injuries can be invisible things. The effects of the soft brain smashing against the inside of the skull can be quite insidious. Especially with the advent of bicycle helmets. Bruises don't show on the outside and the logical conclusion is that there is no damage on the inside.

In my clinic, I will see children who have fallen head first from their bicycle and have never been the same since. Mood changes and the inability to concentrate for any length of time are common symptoms. Impulsivity and the inability to control it may show up. Tiredness will manifest easily and their schoolwork can be severely affected. Long after the event occurred, the connection to concussion is made.

Sports seem to be innate in the Kiwi culture. Head Injuries can happen in any sport or physical activity. Rugby is rough and actually head injuries are likely to be more common than we know. The effects of the soft brain smashing against the inside of the skull can be quite insidious.

Homeopaths support the healthy functioning of the nervous system and brain after the concussion. Here is a randomized, double-blind, placebo-controlled trial in mild traumatic brain injury. The results indicated a significant improvement from the homeopathic treatment. This suggests that homeopathy may have a role in supporting the body during recovery.

Not only that, homeopathy's support may help to improve symptoms from past concussions. When I support my clients after a recent concussion, I see improved ability to concentrate. There is a longer amount of time each day before they feel exhausted. Mood changes and impulsivity decrease in intensity and frequency.

Here are some common and not so common remedies that I have used after concussion injuries. This is not an exhaustive list and I would suggest that you consult a homeopath as soon as possible.

If you have nothing else on hand, then Arnica should be given immediately after a concussion. It supports the body after shock and injury which speeds the body's healing response. Arnica is well known for its support of healthy functioning soft tissue. Most people know Arnica as the remedy indicated for a bruise. Someone who needs Arnica will often say that they are fine and send help away.

Even better than Arnica, Nat sulph is a specific remedy after a head injury. There will be easy exhaustion and an inability to think, concentrate and focus for long. Headaches are common and there may be nausea and vertigo.

When the side effects of the concussion are slowness and weariness. Muscles will feel weak. Very hard to think and this may show as answering slowly. Limbs may feel heavy and painful. Head pains and the feeling like there is water swishing inside their head. Vision, hearing, and taste may be affected. A vacant feeling in the head. Maybe frequent sighing.

Anxiety and strong mood swings will be symptomatic when this remedy is indicated. There can be rage, suicidal thoughts and depression as well. The person may despair of recovery. There will be feelings of worthlessness. Great weakness may also be present as well as pain symptoms that alternate sides. This may be in head pain symptoms but can be any pains throughout the body. Chronic headaches that occur after head injuries.

This is most useful with certain indications after a head injury. I have used this remedy many times. What I notice is it's almost like they get knocked "out of their body". When the remedy is given they may suddenly change their life direction. It's almost like they weren't present properly before. The most common indication for this remedy is when someone presents with a cold. On the surface, it will appear like a normal cold with a runny nose and sore throat. Senses can be heightened and they can have mood changes as well. If I see Hydrogen come up on my analysis for a cold, I will instantly ask if they have had a head injury in the last 2-3 weeks. It was this indication that allowed us to spot a concussion that had happened to a teenage boy during rugby. The mother hadn't made the connection, even though he'd had a long-lasting headache after banging heads during a game.