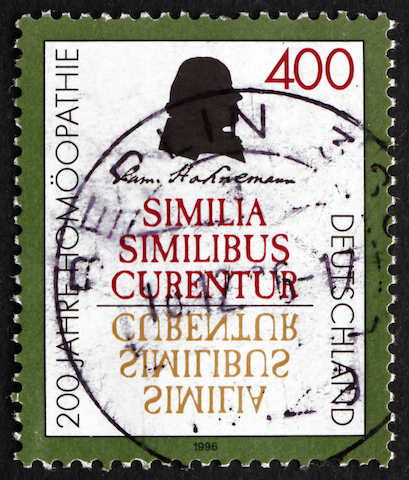 H omeopathy works on a law which is similia similibus curentur and it means like cures like. Dr. Hahnemann worked very hard to find an alternative system of medicine. Before he could reach the law of similars, he experimented with many laws and pathys like isopathy which worked on the principle same cures same and antipathy that worked on the basis that medicine having opposite symptoms to the disease would cure. Finally he declared homeopathy as a system of medicine working on principle like cure like.

A weaker dynamic affection is a permanently extinguished in the living organism by a stronger one, if the latter (whilst differing in kind) is very similar in its manifestations.Samuel Hahnemann

This is aphorism 26 from the Organon of medicine. The Organon of Medicine is the founding document of the principles behind homeopathy written by Dr.Hahnemann. He explains that the law of similars governs homeopathy and also what happens after taking a homeopathic medicine.