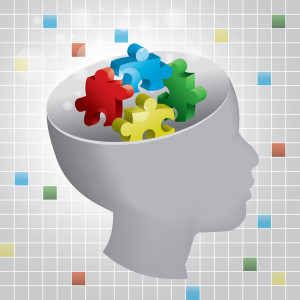 Take me there now!

This is a protocol developed by homeopath Tinus Smits, from Holland. CEASE was developed over many years, and although Tinus is no longer with us, it continues to evolve through the work of the community of CEASE therapists worldwide. CEASE supports the elimination of toxicity from the body to restore good health. This method was initially designed to help people on the autistic spectrum, however many of us may benefit from this therapy, as we all suffer from toxicity.

Our modern environment contains many toxic substances. In fact, we have a constant onslaught of these toxins assaulting our bodies on a daily basis. Toxic influences can include chemicals in floorings and furnishings, medications, vaccines, heavy metals, pesticides and amalgam fillings to name a few. Our bodies cleverly try to maintain homeostasis or balance by storing these toxins in various places, but often it can overwhelm our defence mechanisms. Many of these toxins will disrupt our endocrine system, which includes such organs as our adrenals and thyroid. Heavy metals can affect our nervous system. Some are very slow to act and accumulate over time, so may show their effects more severely as we age (such as aluminum levels in the brain which may be a factor in Alzheimer’s). These toxins can disrupt our flora in the digestive system impairing our assimilation of nutrients, and influencing our mind and emotions.

More worryingly is that if mum is storing some of these toxins in her fat cells during pregnancy and the fetus is not getting enough nutrition, then the fetus will start drawing upon the fat cells from mum to compensate. This is where toxins can be passed onto the child in utero. Mercury is well known to be passed on from mother to baby during pregnancy if mum has dental amalgams. Mercury can cross the placenta and affect baby. In homeopathy, Mercury in remedy form is often used to support the healing of tonsillitis, as it matches the symptoms very well. So often, a parent in these cases has or had dental amalgams. Another example is anti-depressants during pregnancy. These medications may be an extra stressor for the liver to cope with which, in turn, stresses the developing liver of the foetus. If the liver is compromised at all, then the digestive system is often affected, and many symptoms may occur such as reflux, constipation or the inability to assimilate nutrients. Taking that into consideration, it is understandable that many children born today may already have some form of toxicity affecting their systems which may in turn make them more susceptible to having difficulty in tolerating vaccines and other medications in the first year of life.

When Is CEASE Indicated Within Classical Homeopathic Care?

In classical homeopathy we note in great detail the client’s symptoms when they come for a consultation. We are interested not just in physical symptoms, but emotional and mental as well as family disease history, the client’s own medical history, and a timeline of major events that have happened in their life. A ‘constitutional’ remedy is prescribed on the basis that it closely matches this group of symptoms and therefore will stimulate the healing forces of the body and mind to heal.

Sometimes clients will have a fantastic response to a well-indicated remedy but it will only last for a short time before many of their symptoms return with a slightly new flavour. Another remedy will be prescribed that now seems to match the case and again, a lovely response but only for a short time. These cases are some of our most difficult, because we can see the client’s ability to respond, but the improvement does not last or, after initial improvement they may fail to respond with any depth to further treatment. Traditionally a homeopath would be looking for their ‘obstacle to cure’; what is blocking them from moving towards health consistently. We look at levels of stress, environmental influences, past diseases, and family history to name a few. CEASE Therapy offers a protocol to identify some of the obstacles to cure that may not be so apparent.

What I have been touching upon is mainly some of the physical side effects of toxic elements in our body. However, all of these toxins will have some effect on our mind and emotions. Metals such as aluminium can cause foggy thinking, sadness and depression, and lowered energy levels overall. Mercury can cause aggressiveness and anger.

An example of this is Aluminium. Aluminum is a metal that is in vaccines. It is pervasive – the majority of deodorants in supermarkets contain aluminium which is then rolled onto armpits each day and absorbed into the system. The level of aluminum is increasing in many people’s bodies on a daily basis. We could also take into consideration aluminum foil or aluminum cookware which may leach aluminum into the food. People suffering with aluminium build-up in their bodies may have anger and also fatigue. They can feel very low in energy while their limbs feel heavy and exhausted. It can manifest in bleeding gums and also mental fogginess with sadness and suicidal thoughts. There will often be obstinate constipation that they might have to work very hard to manage, but which never completely goes away. They may have difficulty knowing how much to give or take in relationships. Their identity and role within relationships is something that they can have trouble with. When this metal is detoxified out of the system, not only can their physical symptoms improve, but mentally they can feel alert, energetic and more joyful. Toxins can have very deep effects indeed on our mental/emotional states, but be so insidious that it can easily be mistaken for lowered energy levels for a long time.

Detoxification and the CEASE Protocol

CEASE therapy offers a way to support the clearing of these toxins not only on the body and it’s physical cells, but also their influence on behaviours, thoughts and emotions. In the consultation, the homeopath is looking for the sequence of toxins that the person has come into contact with during their lifetime. We identify which toxin is most likely to be causing the current symptoms that are not responding to normal constitutional care. This might be a vaccine, dental amalgam, or even a specific nasal spray that had been heavily used over a number of years. We then give that same substance back to the person in homeopathic potency. The protocol also includes a constitutional remedy to support the client’s healing response as a whole, and most importantly, some orthomolecular supplementation. This supports the body to detoxify as easily and gently as possible. We give several ascending potencies, sometimes over a long period of time, until there are no more symptoms pertaining to that original toxic substance. The various potencies support the body to remove the side effects of the toxic substance on the person’s health on all levels, physical, emotional and mental. Although it may take some months, or even years, to detoxify what is needed through this method, positive changes may be seen within the first few weeks.

Since becoming qualified in CEASE, I have begun seeing several of my clients with this protocol. Many cases are allergy cases including hayfever, asthma, and food allergies in children who have been previously vaccinated. Although they are only just beginning their journey with this method, they are already noticing some lessening in their sensitivity to allergens. I myself am undergoing the CEASE process as I detoxify from dental amalgam. The back pain that I have had for the last two years fairly constantly has already eased by 80% after two weeks of being on the full program.

This protocol must be managed and designed by a qualified CEASE practitioner due to the detoxification symptoms that may appear as the body begins to eliminate the effects of the causative substance. If you would like to find out more about CEASE therapy or find a practitioner near you, then go to http://www.cease-therapy.com. This website also has parent blogs that you can read about various families journeys, and their results with the CEASE protocol.