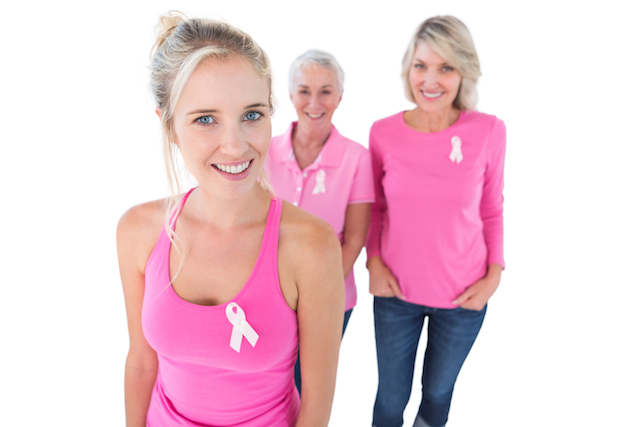 I n homeopathy we link certain familial disease history with the individual’s tendency to respond to stress both physically and emotionally.  Over the centuries, different diseases have held prevalence over the population and therefore influenced them in certain ways.  An example of this is the scourge of Tuberculosis around the nineteenth century.  If we see an ancestor who has had been in contact with Tuburculosis then almost certainly we see an increase of asthma, tonsillitis and allergies in the following generations.

The current disease of our time seems to be Cancer.  Just the word ‘cancer’ can fill people with fear and trepidation, especially if it runs in the family.  Just take Angelina Jolie as an example; to prevent breast cancer she recently had a double mastectomy.  I want to talk about what I commonly see in the clinic when there is a family history of cancer.

Now, let me make this point quite clear, it does not matter if it was 2 generations back, nor if your mother had a brush with breast cancer but is fine now.  It all counts.   When there is a family history of cancer, often there is also a history of diabetes or thyroid disorders in the successive generations.  Each client that I see in my clinic is asked in their consultation for as much detail as possible about the disease history of their immediate family line, both maternal and parternal.  Sometimes only one side will have one or two ancestors with it but many of my clients will have diabetes, thyroid and cancer issues heavily on both sides of the family.  This is where a homeopath would consider that the Carcinosin miasm (disease history) could be exerting a strong influence over the client.

When cancer is in the family history it exerts it’s influence not only over possible physical symptoms and diseases that might manifest especially under stress, but also how stress can cause certain behaviors and reactions on the emotional mental level.  Here is a description of a personality operating under a strong influence of the Carcinosin miasm which is relevant for both adults and children.

Carcinosin influenced people are deeply empathetic towards others.  This causes them to also feel very responsible for others.  A Carcinosin child for instance may grab a tea towel and try and help mum at a very young age or an older sibling may help to watch over a younger brother or sister with quite some concern.  In fact we can see a Carcinosin predisposition begin to form when a child has had to be overly responsible for others at a young age, thereby losing some of their childhood.

To this end they have high expectations of themselves and work very hard to achieve.  The problem is that sometimes their expectations are so high they can be very difficult to meet.  This will in turn cause a Carcinosin person to become highly anxious and filled with self-reproach.  These people are fantastic at being dreadfully unkind to themselves with their own self-talk.  They can really beat themselves up.  In a child, their work may not be good enough so they will screw it up and start their project again.  It is no understatement to use the description fastidious and perfectionist when it comes to this miasm’s influence over the personality of these people.  In fact, I have had some housewives who have responded well to Carcinosin who have appreciated when their husbands have helped with the housework but have found it impossible to resist the urge to go around afterwards and need to correct the wrinkles left in the bed spread.

Once a Carcinosin personality finds they have not met their own high expectations and then start their negative self-reproach, they can succumb to anxiety and insomnia.  Carcinosen is the only remedy in the homeopathic repertory specifically for children who require hours to fall asleep.  This can hold true for adults too.  After being given Carcinosen the child can start to fall asleep in a shorter time frame.

Given enough time in an anxious state with not enough sleep, busily self-reproaching, it is only a matter of time before the Carcinosin personality succumbs to depression.  Many times I have treated depression and also reoccurring bouts of depression where the person has not been able to break that cycle.  Carcinosin or a closely related remedy is almost always required in these cases at some point in their treatment.

Just as Carcinosin is required for a client to finally break through their entrenched pattern of responding to stress, so it is often required for certain physical pathologies that do not seem to respond fully to any other treatment.  One such example is Irritable Bowel Syndrom.  One of the symptoms indicating that Carcinosin might be required is malabsorption of nutrients and gluten intolerance.  Obstinate Hayfever and Sinus symptoms may also respond to this remedy as part of their treatment.  Also, this remedy is a significant remedy to speed the treatment and recover of glandular fever.

This remedy is often required as part of a treatment plan as it reduces the underlying predispostition to breaking down in certain ways under stress such as the tendency towards anxiety and depression.  Often after the prescription of Carcinosin another remedy will be needed to specifically support the individual’s unique manifestation of symptoms.

Here is a case from my clinic.  This is the typical history and symptoms that I see in my clinic in an adult needing Carcinosin.

A female in her late 30’s comes to see me for depression.  She worked very, very hard in her twenties for a corporation and suffered burnout and depression.  She’d had too many responsibilities that she had taken on at that time in her busy job and continued to work very hard for an extended amount of time.   At the time of coming to see me, her circumstances are now similiar at work.  She has changed professions and is now a therapist but is currently working very hard on two projects that she is doing concurrently.  She is beginning to feel overwhelmed and worried about the financial success of her business and feels like she is slipping downwards into depression again.   She is not taking anti-depressants at this time, preferring to use St John’s Wort and manage through exercise.

This time there is an added grief as her marriage has ended 1 year ago and she feels as if this is impacting her at the moment.  It was a shock at the time and she feels very alone and helpless currently.  Her partner had been very critical of her during their marriage and she still can hear his voice of criticism in her head.  When she is under stress she worries and has difficulty falling asleep, sometimes this takes hours.  This, of course, makes her more tired.

When she was a teenager her father left suddenly and she needed to care for her younger brothers and help her mother a lot.  She started off cooking the meals and looking after them after school while her mother was working but later on she continued to contribute her earnings from her after school job as well as continuing to help her mother with her siblings.  She has always felt unloved deep down by her father and this feeling seems to be coming up strongly since her husband left.

The more worried she gets, the more her stomach and bowel becomes irritated.  It used to be just wheat that caused diarrhoea and a sore stomach but now she cannot pin point exactly what in her diet is causing the IBS symptoms as they seem to come and go with no particular cause.

Her family history includes thyroid disorder in her mother and cancer and heart problems in the father’s side.  There is also a history of anxiety and depression that runs through her mother’s side of the family.

A new symptom of anger had presented itself in regards to her marriage break up but this was very good due to her working through the stages of the grief process and the client continued to work with me on those and her irritable bowel symptoms in future consultations.